Huge rats are terrorising a street as overflowing bins and fly-tipping attract the vermin, whose dead bodies litter the estate.

A horrified resident has slammed Sheffield City Council for not cleaning up his street and says the rodents have roamed on the estate for years.

Shaun Outram, 54, said despite measures previously put in place to tackle the underlying issue, the streets are still ‘alive with rodents’.

Shocking pictures show a huge rodent caught in a trap and mounds of rubbish lying on the street. 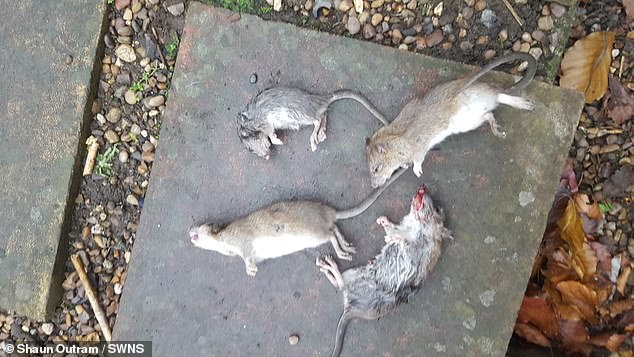 Dead bodies are scattered across the estate in Sheffield, South Yorkshire, where one angry resident has demanded that the Labour-led council fix the problem 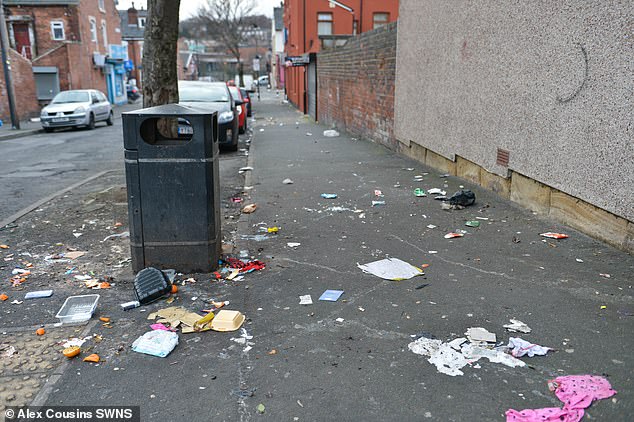 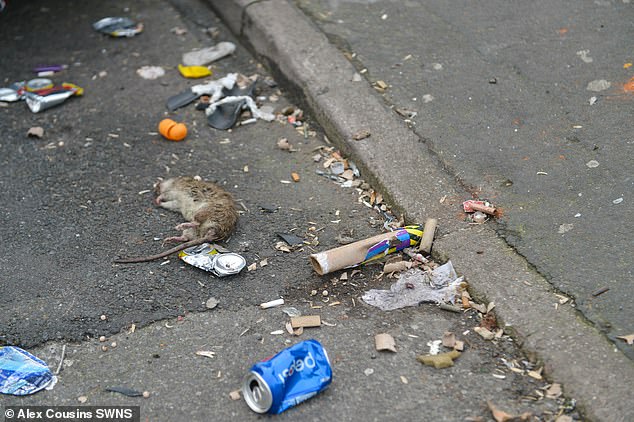 Litter in the streets is attracting not only rats (pictured, one of the rats in the road) but also seagulls, Mr Outram has said 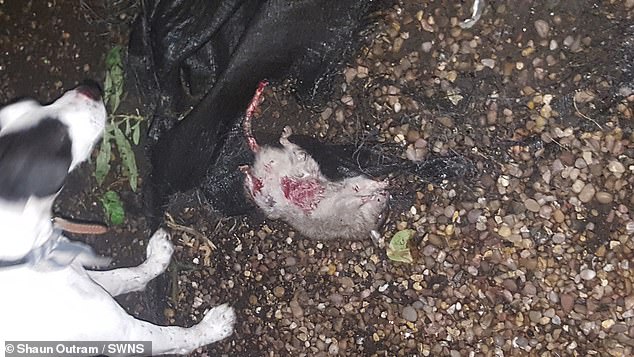 Gruesome sights are scattered across the South Yorkshire estate, says Mr Outram, with this picture showing just one of the dead rats in Sheffield

Mr Outram said: ‘The debris which has been dumped around the street bins has been cleared up, but there is more to replace it and there will be even more in the morning until the council come and clear it up yet again.

‘This is what council tax is being spent on every day rather than parks and repairing and replenishing communal gardens – things that benefit the whole community. 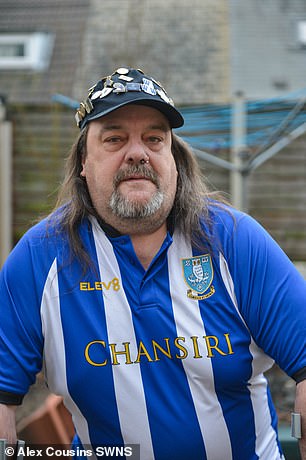 ‘We have three dedicated street wardens who are supposed to patrol, spot and fine the culprits.

‘They have been in the area over six months now but there has been no improvement. There are dead rats all over the estate.’

Mr Outram, who has lived on the Page Hall estate in South Yorkshire for more than  15 years, claims the number of rats he has killed has reached triple figures.

‘I’ve had an environment team leader out to see the area,’ he said.

‘He is planning on more wide scale rat treatment after the New Year, but until the enforcement wardens stop folk piling their rubbish in the street I can’t see anything having much effect.’

Page Hall has previously hit the headlines for its problem with litter and rats, with similar images showing bins overflowing with rubbish and dead vermin on the streets.

Shaun added: ‘It is just an invite to a feast for them. As well as foxes and other vermin – we even have seagulls in the area feeding on the filth.’

Mr Outram has demanded his Labour council leader visit the estate to see the ‘filth’ for herself. 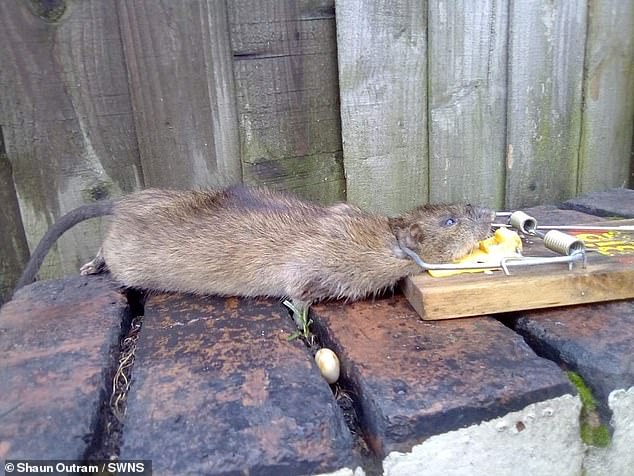 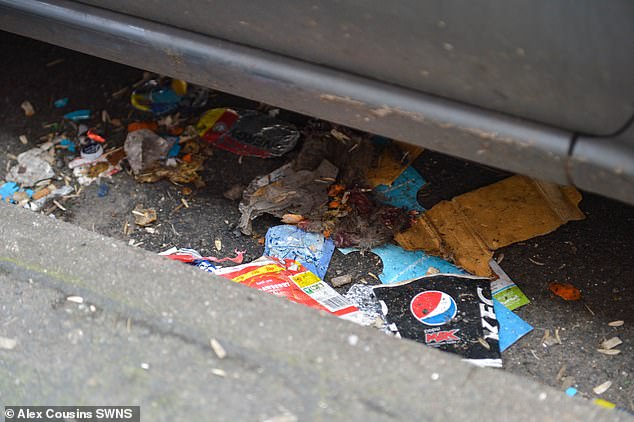 A dead rat lies among some of the litter strewn across the estate, which a resident has compared to Dickensian England

‘Ms Dore, I would like you and your team to come round when the council have not been round deep cleaning in front of you,’ he said.

‘You don’t have to live in this filth, why should the many good residents of Page Hall be expected to? It really is like living in Dickensian England.

‘Folk who have reason to be up and about at three or four in the morning report the streets alive with rodents.’

A Sheffield City Council spokesperson said: ‘Environmental Services Pest Control inspectors have visited a number of properties in the area in the last two weeks and have instructed pest control officers to lay treatments where required.

‘We have also requested Yorkshire Water to carry out a programme in the area to which they have confirmed the works as requested. 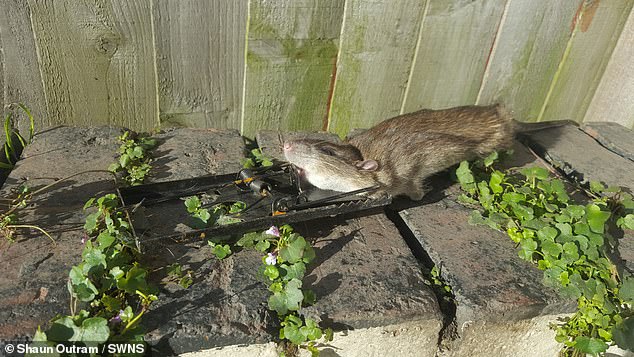 A rat lies dead after being caught in a trap on the estate in Sheffield, where Mr Outram has been left furious by what he dubbed ‘Dickensian’ conditions

‘We are educating residents to make sure they don’t leave waste in the street, and our Waste Management team is ensuring residents use their domestic bins correctly.

‘Street Wardens are also talking directly to residents and are working with them to ensure their gardens are free from waste and issuing Fixed Penalty Notices for littering and fly tipping.

‘More than 80 have been issued since they started being issued in June 2018.

‘Some residents are not reporting problems to us at the earliest opportunity so we would encourage anyone seeing rats or other pest issues in the area to contact us on 0114 2037410.’