Britain is feeling the wrath of Storm Helene with winds of up 70mph battering the country just one day after basking in 79F sunshine (26C).

Cornwall has been the worst hit so far with people taking to social media to report strong winds.

The Met Office issued a severe wind warning for the North and South West of England, southern Scotland and western Wales from 9pm last night until 6pm this morning, with delays to road, rail, air and ferry transport expected.

This morning, experts have warned of 40mph winds battering Britain, less than 24 hours after the sun beat down on London and Suffolk.

Reports of disruption are expected later this morning as ahead of the storm, forecasters warned there could be torrential rain, trees damaged, and some short term loss of power and mobile phone services.

It is thought 1.6in (40mm) of rainfall could fall over parts of Ireland. 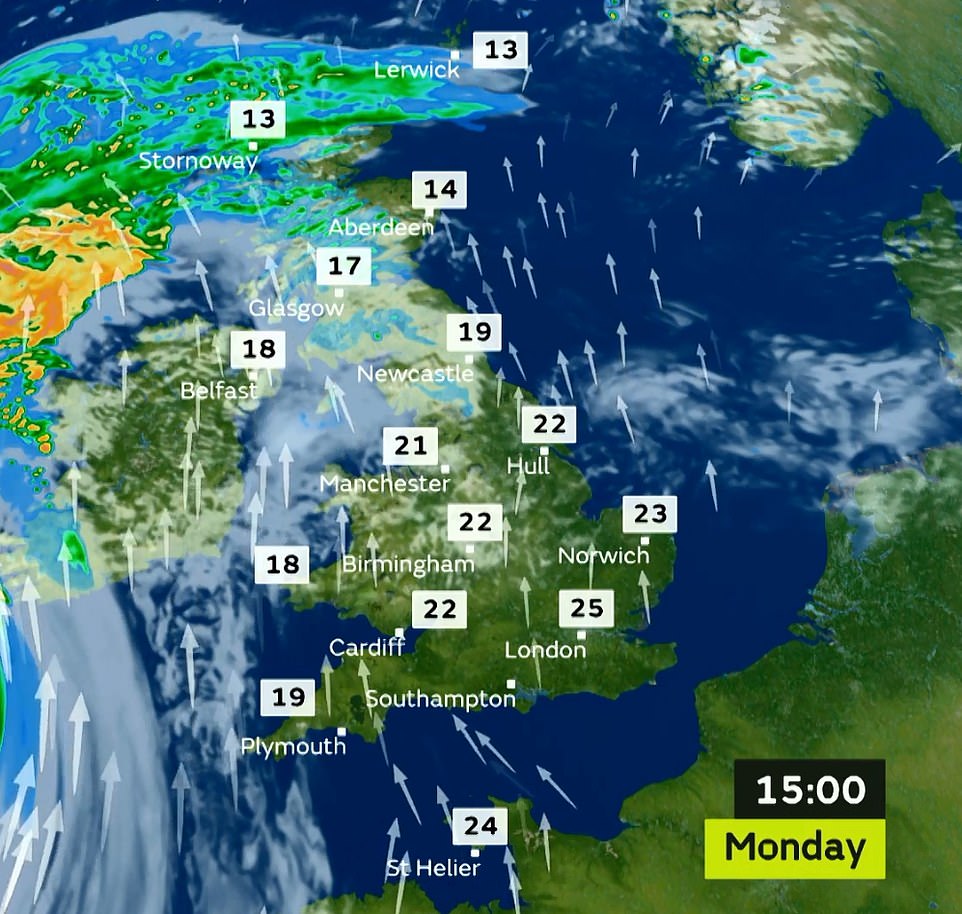 As well as the hazardous conditions, Helene will also bring unseasonably warm weather to South East England as the low pressure draws up warm air from the south. 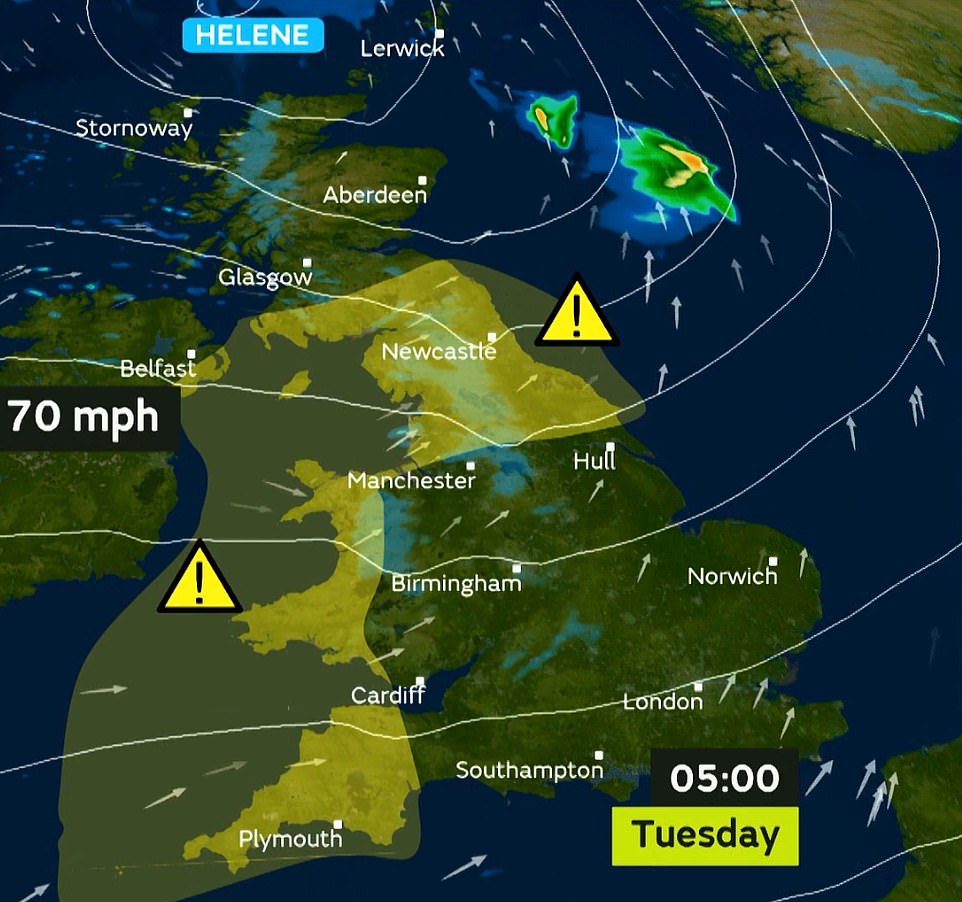 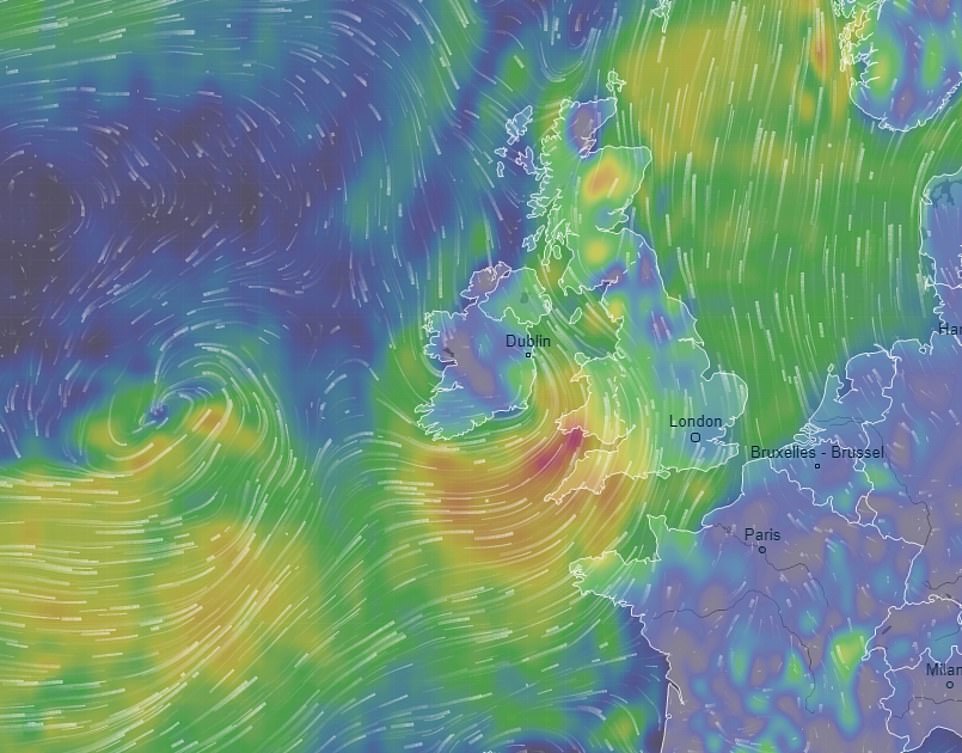 Devon and Cornwall, parts of Wales and County Down in Northern Ireland as well as Northumbria, Cumbria and parts of Yorkshire in north of England are likely to see strong winds.

Met Office spokesman Mike Reading added: ‘One of the dangers being taken into account is that trees are still in leaf. Later in the year there would be less of an impact from these winds as they would offer less resistance.’

Storm Helene formed in the Azores last week. On Sunday, high winds forced Aberdeen City Council to cancel a ‘car-free city centre’ event amid fears stalls and inflatables could be blown over. 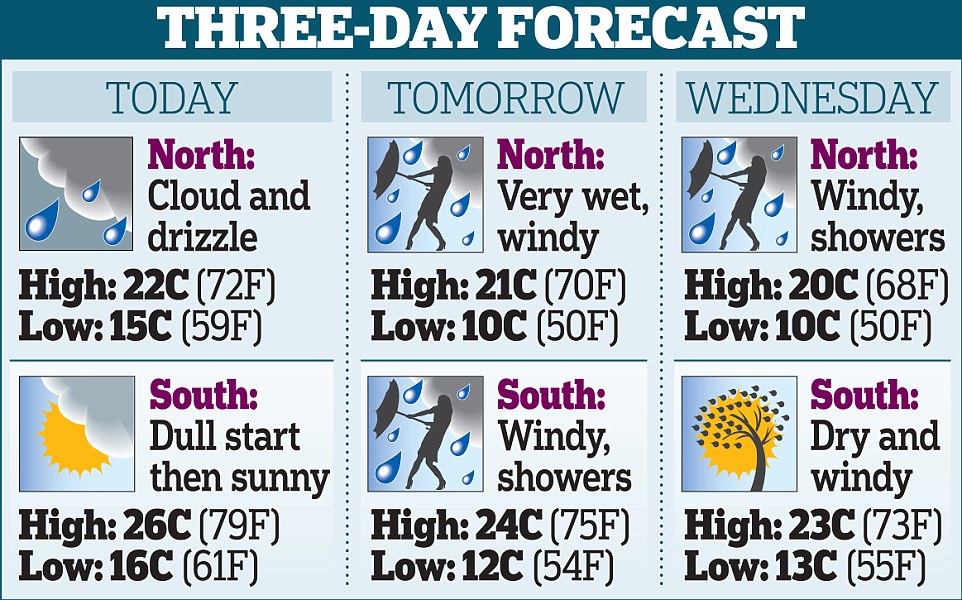 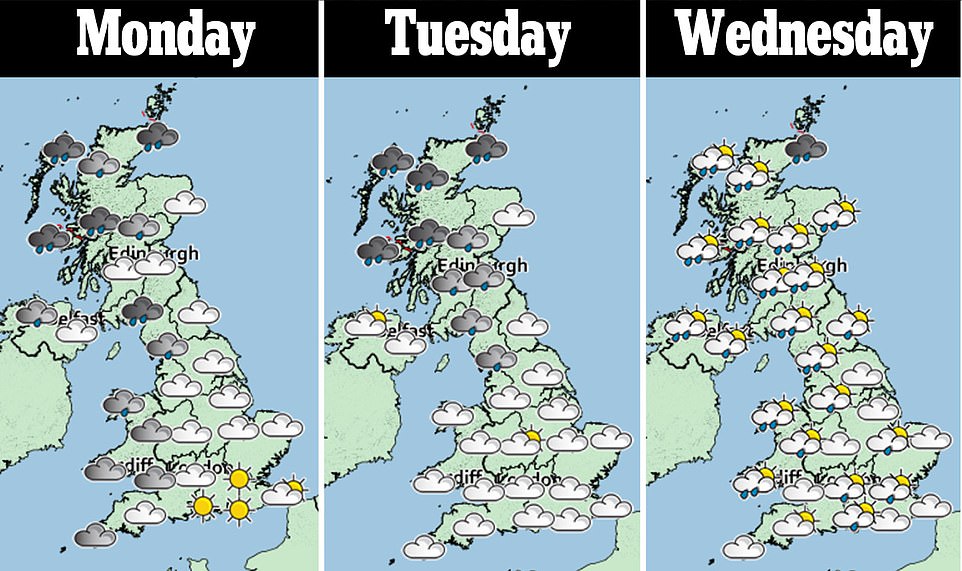 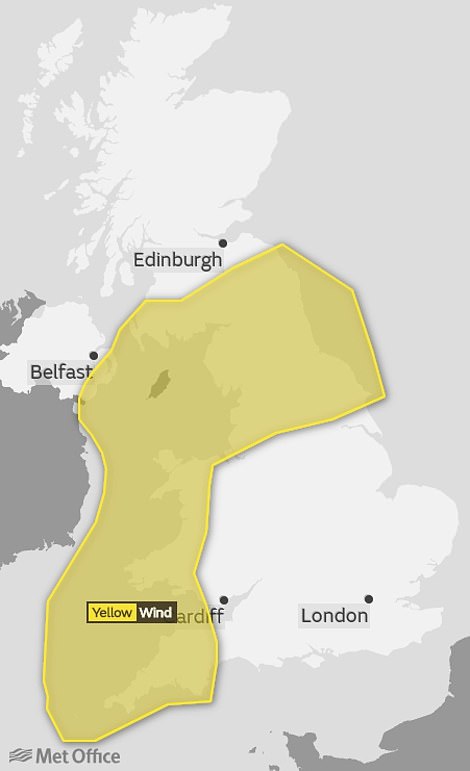 The warning is in place from 9pm tonight until 6pm tomorrow

On the West Coast of Scotland, ferry sailings were disrupted on a number of CalMac routes and the ferry operator said on Sunday some services were ‘liable to disruption and cancellation at short notice’.

The Met Office warning said: ‘Storm Helene is expected to move northeastwards across the British Isles later Monday and early Tuesday before clearing into the northern North Sea by early Tuesday morning.

‘A spell of strong winds is expected, initially mainly in the far South west of England and across western Wales. The strongest winds then transfer northwards to be over northern England and, perhaps, the far south of Scotland, during the early hours of Tuesday.

‘Winds are likely to gust into the 40s or low 50s mph quite widely across the warning area. Meanwhile, in some Irish Sea coastal areas, most likely in Wales and North West England, gusts to 55 to 65mph are likely with possible isolated gusts in excess of 70mph in the most exposed places.

‘High gusts in the 50s or low 60s mph area also possible over high ground in northern England during the early hours of Tuesday.’

Meanwhile in the Republic of Ireland, people are being warned of flooding. A warning was put in place to run for 12 hours beginning at noon yesterday for Galway and Mayo – with up to 1.6in (40mm) of rain expected.

A Met Éireann forecaster said: ‘Ahead of the storm there will be heavy rain in the west. It will particularly hit Connemara and Mayo, but the rest of the county will get less rain.’ 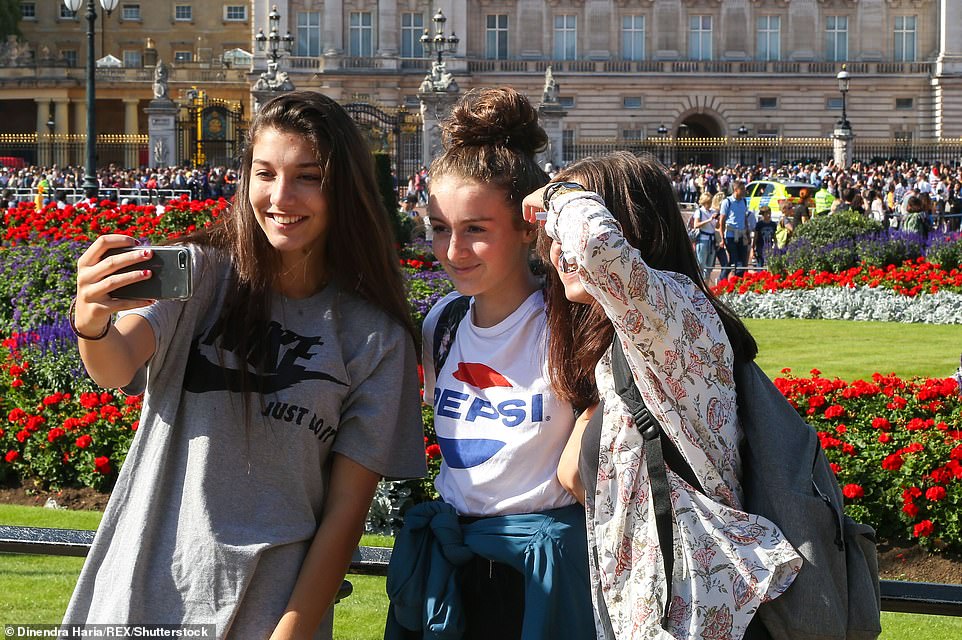 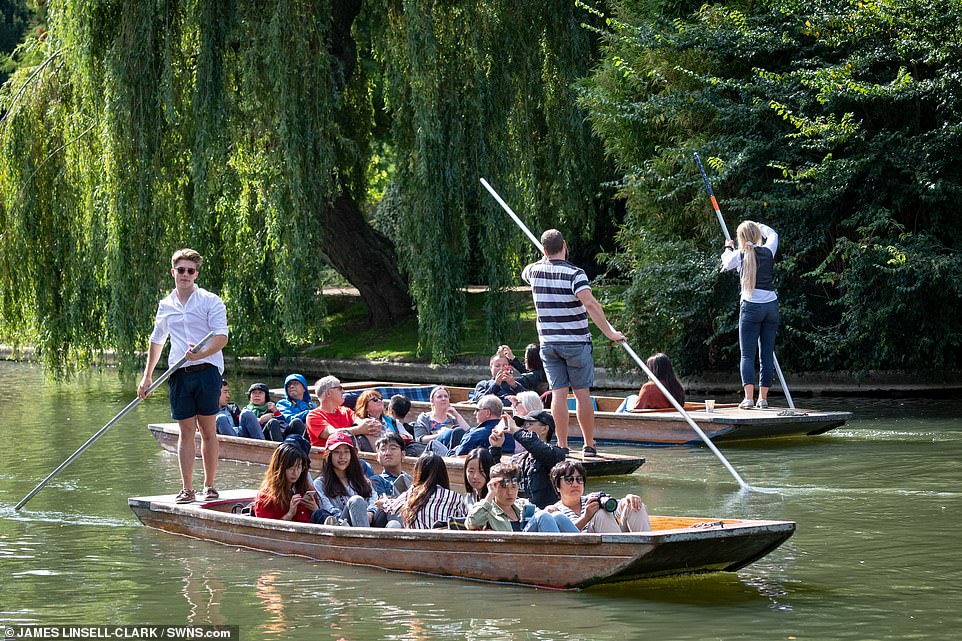 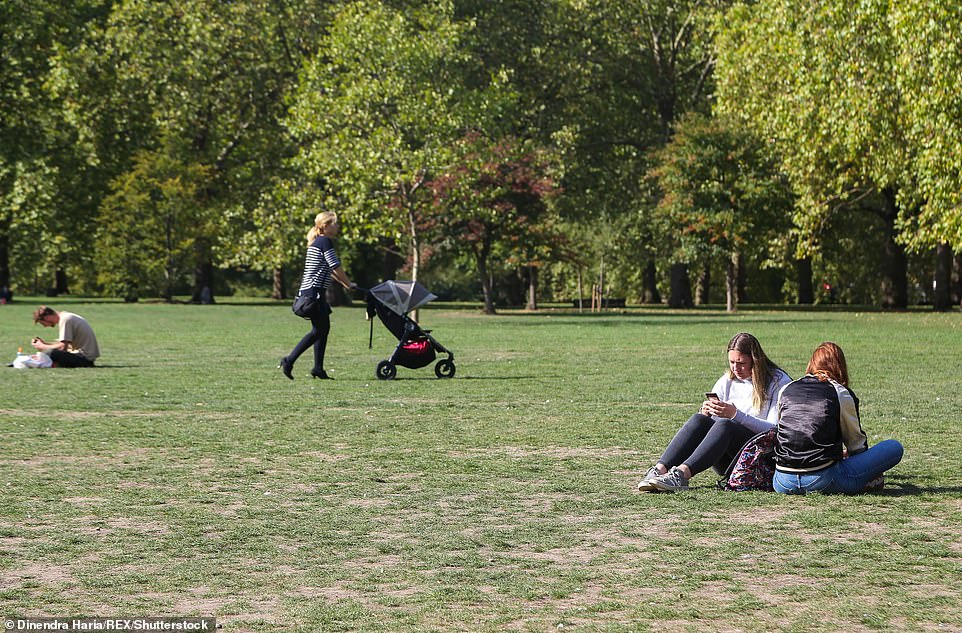 Britons stock up on alcohol after Boris Johnson's coronavirus closure of pubs, bars and restaurants
Gardeners destroy brand new patio with a sledgehammer
MARTIN SAMUEL: Mourinho and Manchester United need to learn to smile again
Vogue Editors list the VERY expensive Christmas presents they'd like under their tree
Police arrest roommate after fight leads to Las Vegas man’s death
British inventor of 1,000 horsepower 'Iron Man' suit flies to the Isle of Wight to deliver a letter
Criminals 'answer calls at fraud helpline centre' and one picked up tips on how to be a conwoman
Andrea Leadsom backs Boris as Tory rivals vie for second place