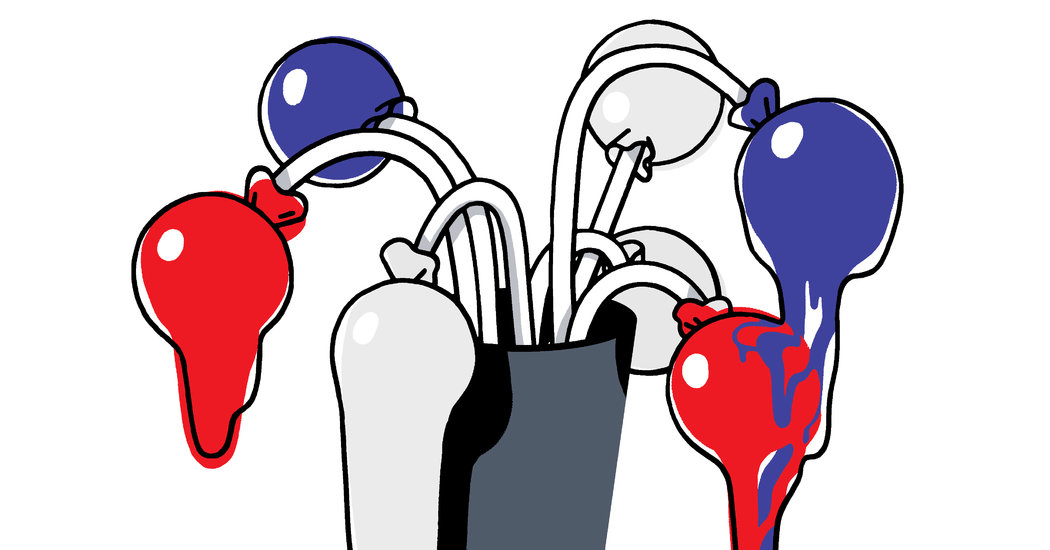 The day my parents took their oath of citizenship, I skipped school, put on a hideous lavender chiffon dress that I believed was the height of sophistication for a 12-year-old and got into the family Corolla to ride to the ceremony.

It was nothing like TV or the movies, where teary-eyed people pledge allegiance to their new country in gleaming courtrooms with soaring music and waving flags. My parents’ oath was administered in a drab conference room under fluorescent lighting with brutal efficiency. None of us thought to take a photo.

I didn’t feel moved until later that afternoon, when my (white) sixth-grade classmate showed up on our doorstep with her grandmother, bearing a bouquet of red, white and blue lollipops. My mom held onto the glass vase for years, a memento of that time and how kind our fellow citizens could be.

My family immigrated to the United States in 1993 from Bangladesh when I was 5, after waiting a decade for a visa. A few years later, we moved to Plano, Tex., a sprawling Dallas suburb. My parents, like most of our neighbors, came for the reasonable property values and high-performing public schools. I thought Plano was unbearably dull, but I was happy there. You could forgive me for being lulled into the false sense that we — my new countrymen and I — had collectively decided that immigrants were good, and even brown ones were O.K.

Sure, there was an occasional spasm of racism, like the kid at my school who asked me, a few weeks after 9/11, if my father was planning on bombing any buildings. But mostly we felt comfortable enough to be ourselves.

We lived in a beige brick house that my parents scraped to afford with their retail jobs, and on Eid al-Fitr and the Fourth of July, we threw raucous parties. Cars lined up bumper-to-bumper in our driveway and for long stretches down the street. Guests tumbled out in kaleidoscopic panjabis and saris and were led to our doorstep by the smell of biryani.

I went to summer camp at a Baptist church, the one where Jessica Simpson’s father was once a minister, because it was cheaper than the secular ones in the area, and there was only the lightest bit of proselytizing in between trips to the swimming pool and the bowling alley. When it was my turn to bring in snacks for the classroom, I brought trays of homemade kalo jam — fat, round, syrupy Bangladeshi sweets — and was only mildly embarrassed.

People contain multitudes — especially Texans. Given this country’s painful history, in which even incremental racial progress is always met with ferocious backlash, I should have known better. I should have known that the polite acceptance our neighbors showed us, their tolerance for the drippings of our culture, didn’t necessarily signal a deeper acknowledgment of our humanity. I wanted to believe in all those rah-rah myths about our glorious melting pot, but the truth is, we, like everyone else, will have to fight for our place here.

A majority in Collin County — the place where I was a parking lot attendant at the annual hot air balloon festival, the place where I dropped out of mosque school because it was so boring — voted for Donald Trump, a man who has aligned himself with white supremacists.

Since taking office, he has fired off a series of attacks against immigrants. He calls us animals. He inflicts unimaginable cruelty onto the children of migrants. His administration is now questioning the citizenship of the 20 million of us who were naturalized. He does so for and with the tacit approval of white Americans who continue to be his most durable and committed source of support.

After I graduated from college, my parents moved to North Carolina from North Texas. They wanted to live closer to family, they had gotten sick of the blistering heat and they wanted to spend their free time doing something other than tending their yard.

Since they left, the ugliness that’s been bubbling up all over the country has come to Plano, too. In early 2015 — before Mr. Trump had even announced his candidacy — spectators at a high school basketball game were photographed holding signs spelling out “white power.”

In the days after the election, someone wrote “Build that wall” on a walkway at my former high school. Early this year, a Plano City Council member shared a Facebook post calling for the president to “ban Islam in American schools.” He now faces a recall election.

A few old friends have reached out in the last two years with Facebook messages of love and solidarity, expressing their horror at what’s been unfolding. I hope that there are more like them, and that they are raising their voices loudly and persistently.

It’s been more than 18 years since I got that lollipop bouquet, but it feels like so much longer. I asked my mom about it recently, and she beamed at the memory. But the vase it came in — that was lost somewhere along the way.