An Oklahoma City news anchor apologized to her black co-host on Friday after comparing him to a gorilla during a last week segment.

Alex Housden, morning anchor for KOCO-TV, had made the comparison with her co-anchor – Jason Hackett – while the duo reported on a young gorilla at the Oklahoma City Zoo on Thursday.

Housden told Hackett that the primate ‘kind of looks like you’ to which her co-anchor quickly responded ‘he kind of does, actually yeah.’ 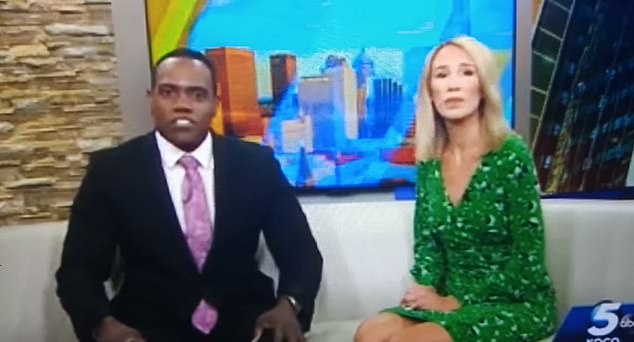 On Friday, she apologized to ‘one of my best friends for the past year and a half.’

‘I’m here this morning because I want to apologize, not only to my coworker Jason, but to our entire community,’ she said during the Friday segment. ‘I said something yesterday that was inconsiderate, it was inappropriate and I hurt people.

Housden stressed that she loved her community and apologized from the bottom of her heart. 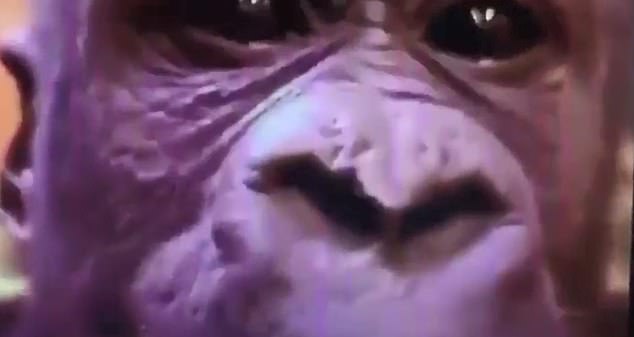 Housden told Hackett that the primate ‘kind of looks like you’ to which her co-anchor quickly responded ‘he kind of does, actually yeah’

Hackett accepted his co-host’s apology and cosigned that the two had a fantastic relationship.

‘What she said yesterday was wrong,’ he said in response. It cut deep for me and a lot of you in the community.’

‘We have to find a way to replace those words with love and words of affirmation.’

Coffee is NOT bad for your heart (if you drink fewer than 6 a day)
Detained Saudi activists being electrocuted, flogged and sexually harassed by masked interrogators
Practising their parenting! Harry and Meghan greet nursery school children
Can you spot the GAFFS in the most awkward Bachelorette promo ever with Ali Oetjen
Kate and William appear to hold hands as they rush back to their children at Buckingham Palace
Doctors have developed a way of building nut tolerance
Hugh McIlvanney who reported on Hillsborough disaster has died aged 84
Police shut down the M66 after a car hits a woman’s body in the middle of the motorway