TAMTA will be representing Cyprus at the first semi-final of the Eurovision Song Contest 2019 in May.

The Greek-Georgian is hoping to sing her way through the first semi-final with her catchy tune, Replay. Here’s all you need to know… 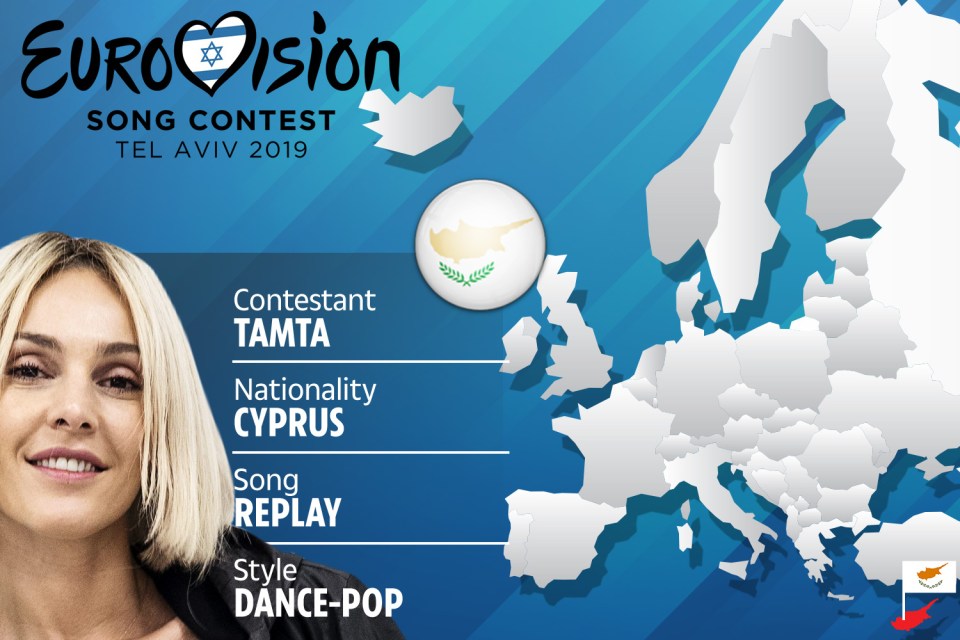 Tamta was born and raised in Georgia before moving to Greece at the age of 22.

The successful pop singer found fame after taking part in Greek Idol, where she came in at second place.

She has over 200,000 followers on Instagram who are hoping to see the star shine at the show’s final.

Tamta is no stranger to singing competitions as she has been a judge on Greek and Georgian X Factor in recent years.

The singer will be performing her track, Replay, at the first semi-final on May 14[/caption]

How was Tamta chosen to represent Cypus?

Tama was internally selected to represent the country by Cypriot broadcaster CyBC.

The process took place in December 2018, and it’s actually the fourth years in a row that the network has chosen to make the decision internally.

She has released 4 studio albums during her career and won a number of awards she has what it takes to try and rise to the top spot during the contest.

What song is Tamta performing at the Eurovision semi-final 2019?

Tamta will be performing the catchy track, Replay, on May 14 at the first semi-final for this year’s competition.

The song has peaked at number two on the Greek Digital Single Chart.

The music video was shot in Athens and features elements which reflect Tamta’s title as a fashion icon.

Tamta is hoping her performances of the song will manage to help Cyprus to finally win the competition after 35 years of attempts.

How did Cyrus do at the Eurovision Song Contest  2018 and have they ever won?

Cyprus joined Eurovision in 1981 and has participated in the contest 31 times.

Cyprus is notorious for always exchanging 12 points with Greece since televoting began in 1998.

The first Eurovision semi-final is on BBC4 TONIGHT!

Here's the running order for the first Eurovision 2019 semi-final

Who is representing Australia at Eurovision 2019? Meet Kate Miller-Heidke

IN IT TO WIN IT

All you need to know about Norway's 2019 Eurovision contestants, KEiiNO

SHE'S GOT THE X FACTOR

Get to know Michela who's representing Malta at Eurovision 2019

When is Eurovision 2019 and where is it taking place?

The first and second semi final will broadcast on May 14 and May 16t on BBC Four at 8pm.

While the big final May 18th will air on BBOne at the same time.