The Royal Box at Wimbledon was packed with celebrities today as the three biggest names of the “golden age” of tennis were on court battling for a place in the final. 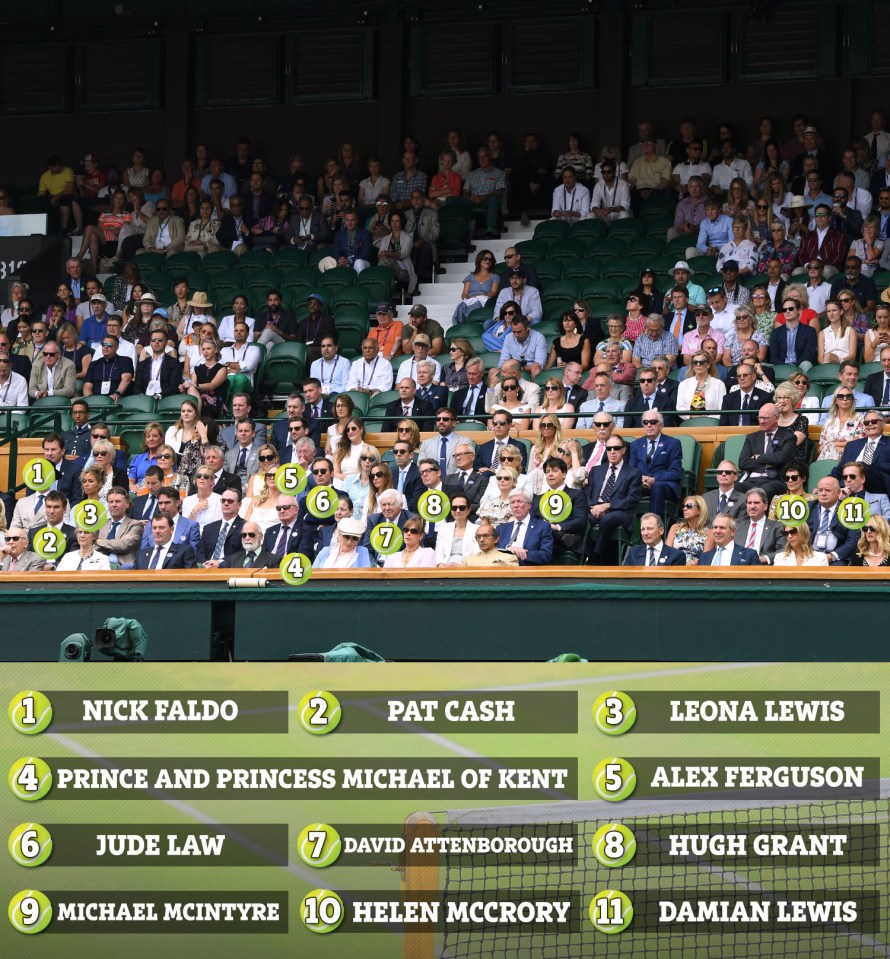 Damian Lewis, the Brit actor who picked up an Emmy and a Golden Globe for his role in US series Homeland, also had his eyes on centre court today[/caption]