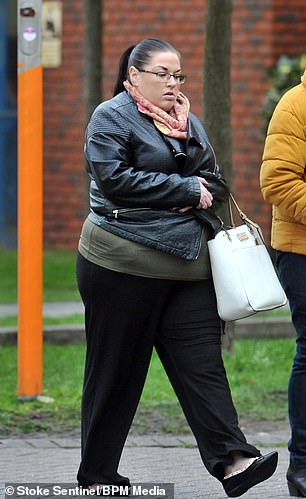 Laura Hopkin, 33, from Stoke-on-Trent, tried to poison her diabetic partner as he lay in bed by pumping insulin into his body with a remote device.

A ‘wicked’ woman who tried to poison her diabetic partner as he lay in bed by pumping insulin into his body with a remote device has been spared jail.

Laura Hopkin, 33, from Stoke-on-Trent, used a specialist bluetooth handset to administer the overdose as she sat in a different room.

However in the early hours of the morning her victim realised insulin was entering his body after he left the specialist device downstairs.

Hopkin’s partner managed to disconnect the pump and call 999 before being rushed from his Stoke-on-Trent home to hospital.

Stoke-on-Trent Crown Court heard the incident could have had a ‘catastrophic impact’ on his health had he not acted so quickly.

Hopkin, who only admitted the offence on the day of her trial last month, has now been handed a suspended sentence.

Prosecutor Cathlyn Orchard said the victim, a type one diabetic, called 999 at 2.20am on Sunday, August 13, 2017 and told police the defendant had deliberately tried to give him an overdose of insulin.

Miss Orchard said: ‘He said they had an argument and he had gone to bed. She was on her fourth bottle of wine when he went upstairs.

‘He is a type one diabetic and had been for 11 years. He has two devices he uses to control his levels. One is fitted to him and holds 100 millilitres of insulin.

‘He checked his blood sugar levels and gave himself some insulin which would have kept him safe throughout the night. He sat in bed reading a  book. In the early hours he became aware the device was administering insulin.

‘The victim disabled the device when he realised what was going on. He asked what she was doing. When he saw the device he could see the screen lit up indicating it had been used.’

After police arrived at 2.40am, the victim was taken to hospital and kept in overnight until his blood sugar levels returned to normal.

The court heard the defendant had given him 24.5 units in total. The most he had taken before was 18 units and only after a large meal.

Hopkin denied the allegations and said her partner must have done it himself. 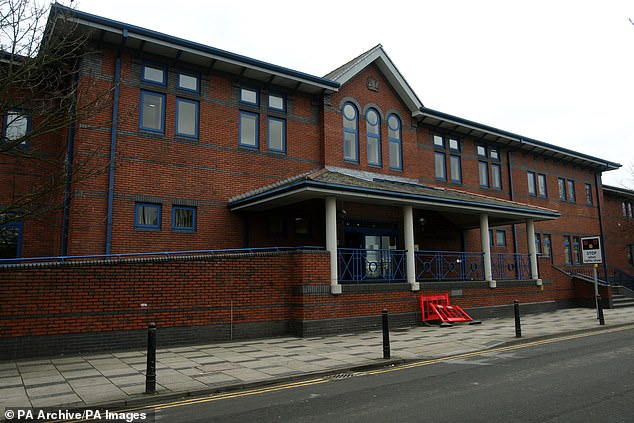 But the defendant, of Westwood Road, Meir, went on to plead guilty to administering a poison or noxious substance with intent on the day of her trial last month.

Her plea was on a basis the relationship was strained and they had been arguing about money and family issues.

She admitted administering the insulin but did not intend to cause serious injury to him and did not think through the consequences of her actions.

Catherine O’Reilly, mitigating, said the defendant, who has no previous convictions, acted ‘completely out of character in an absolute moment of madness’.

Miss O’Reilly said: ‘She was in a highly emotional state after she had consumed a lot of alcohol.

‘It has taken her some time to come to terms with and accept what she has done.

‘In a moment of madness she made a terrible, terrible decision. She understands the seriousness of the position she is in.

‘She can’t understand she behaved in this manner.’

Miss O’Reilly added the defendant is now in a new relationship and is pregnant.

He told Hopkin: ‘What you did was wicked. You were well aware of his condition as you had been together for a long time. It is fortunate he was awake and realised what had happened and was able to disconnect the device and call for assistance.

‘You took no steps at all to undo what you had done.

‘Taking 24.5 units could have had a catastrophic effect on his health. It could have led to hypoglycemia, a coma and seizeures.

‘Importantly, he does not want you to go to jail. Courts are not bound to follow the wishes of victims but it is right to take account of his view.

‘You cannot blame or justify your actions on the quite obscene amount of alcohol you drank that night.

‘I accept this was out of character when in an emotional state.’

As part of the suspended sentence, Hopkin must complete a rehabilitation activity requirement for 30 days and 120 hours unpaid work. And she was ordered to pay £500 costs.