They were three brothers who started out with a single coffee cart and went on to create the multi-million-pound cafe chain AMT.

Now, following a bitter family feud, the widow of one of the brothers has won up to £7 million from his siblings.

Angus McCallum-Toppin created the company in 1993 with brothers Alistair and Allan – it is named after their shared initials. The firm later expanded and enjoyed huge success. 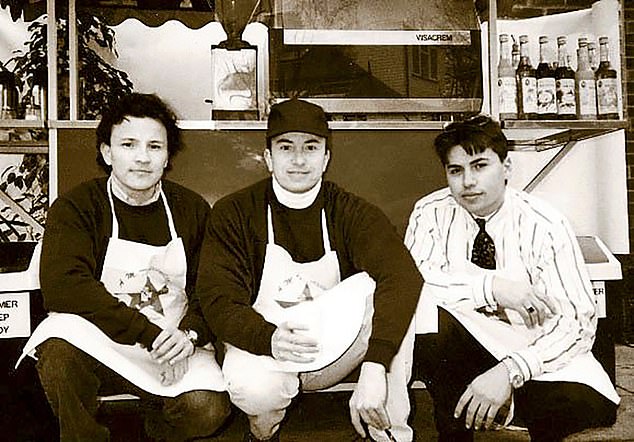 But after Angus died of cancer aged just 45 in 2006, the brothers’ partnership collapsed into ‘dysfunctional squabbling’.

The High Court heard how Alistair and Allan treated the £20 million company as a ‘piggy bank’ but failed to pay any cash to Angus’s widow Lucy, 43, and her children, after 2008.

However, Judge Paul Matthews said they paid themselves ‘excessive’ salaries and took out more than £1 million in ‘entirely informal’ directors’ loans which was spent on flights and home improvements.

Alistair branded his sister-in-law a ‘gold digger’ but she has now had the satisfaction of the court ruling in her favour. 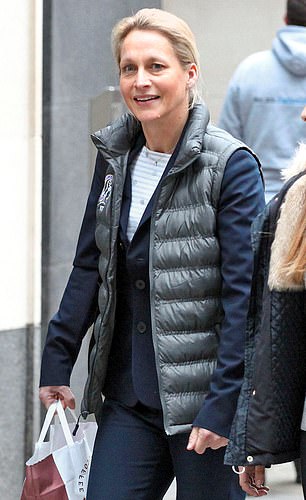 The High Court heard how Alistair and Allan treated the £20 million company as a ‘piggy bank’ but failed to pay any cash to Angus’s widow Lucy (pictured), 43, and her children, after 2008

Judge Matthews said: ‘After the death of Angus, Allan and Alistair have used the company as a piggy bank to make personal expenditure at a high level on their behalf.

‘During Angus’s lifetime, the three brothers paid themselves equally. Once Angus had died, his estate was largely ignored and his widow Lucy excluded. They ignored Lucy’s existence as best they could and continued their own course.’

Lucy was barred from important company meetings and, apart from a pension pot of £121,000 paid in 2008, she received no salary or other benefits after July 2007.

‘There is evidence that he [Alistair] saw Lucy as a gold-digger,’ added Judge Matthews. He ruled that the surviving brothers’ behaviour had been ‘unfairly prejudicial’ to Lucy and Angus’s estate as minority shareholders.

He ordered them to buy out the shares in the company formerly owned by their late brother. The exact sum is to be calculated at a later date but lawyers believe they could be worth up to £7 million.

Lucy’s lawyer, Tim Clark, said: ‘Despite the victory, Lucy is disappointed that it was necessary to take this dispute to court.

‘Lucy and her children will finally have the chance to receive a fair share in the company that Angus helped to found many years ago.’

Alistair and Allan McCallum-Toppin did not respond to requests for comment.