A Mexican widow is blaming President Donald Trump‘s administration for her undocumented husband’s suicide after he lost his fight against deportation.

Alejandro Mejia Leon, 25, took his own life September 5, after immigration officials ruled that he had to leave the country.

The depressed undocumented immigrant, who had been living with is wife Mariana Ibarra, 40, and his three-year-old daughter in Escondido, California, was arrested in 2014 while driving under the influence, according to La Opinion, which first reported Leon’s death.

‘My husband was accused of identity theft. His lawyer said there wasn’t anything else to do and recommended he leave the country voluntarily,’ Ibarra told La Opinion.

‘He got heavily depressed, he got very sad and it pained him to think that he was going to be separated from us, from me and his three-year-old daughter. We directly blame this [Trump] administration for his death.’ 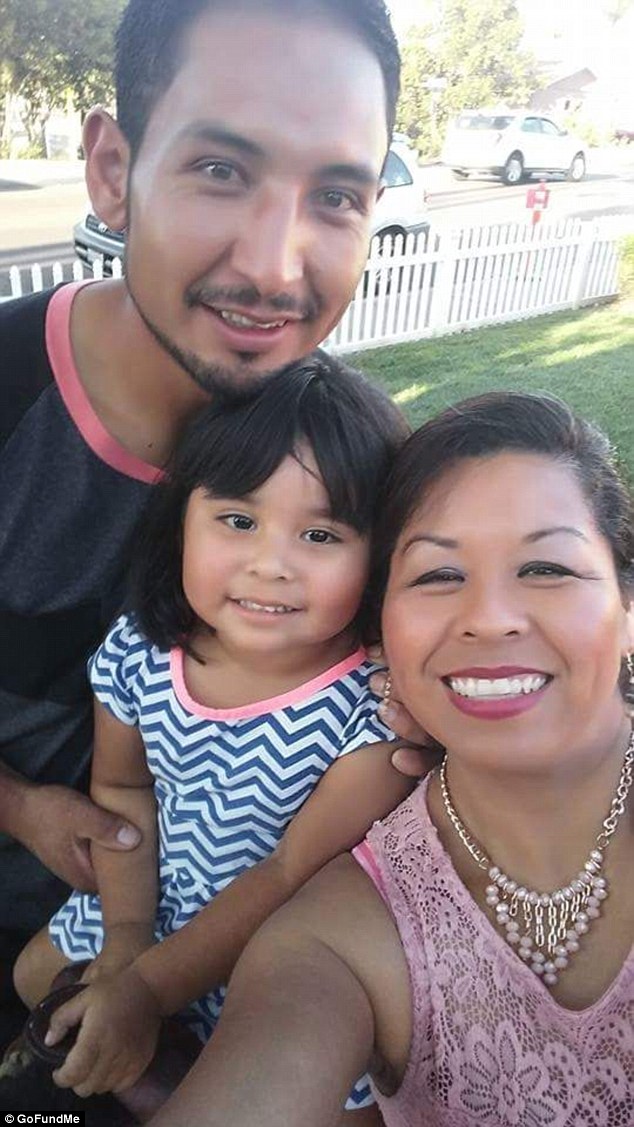 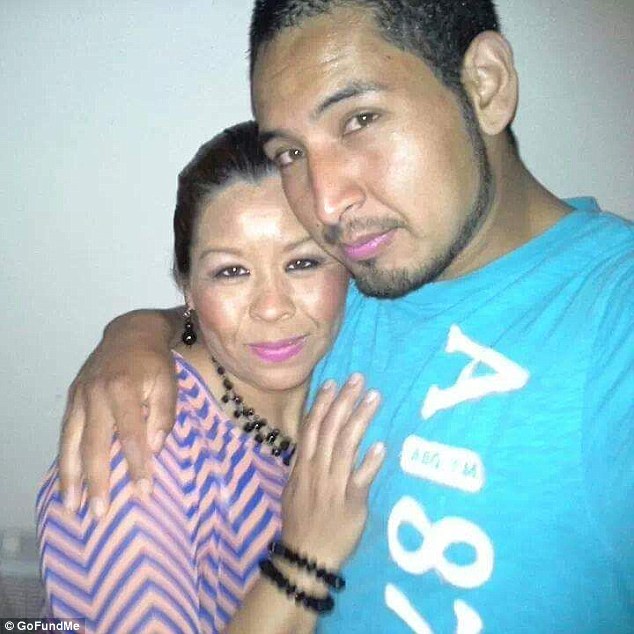 Mariana Ibarra blames the Trump administration for causing her husband, Alejandro Mejia Leon (right) to take his own life 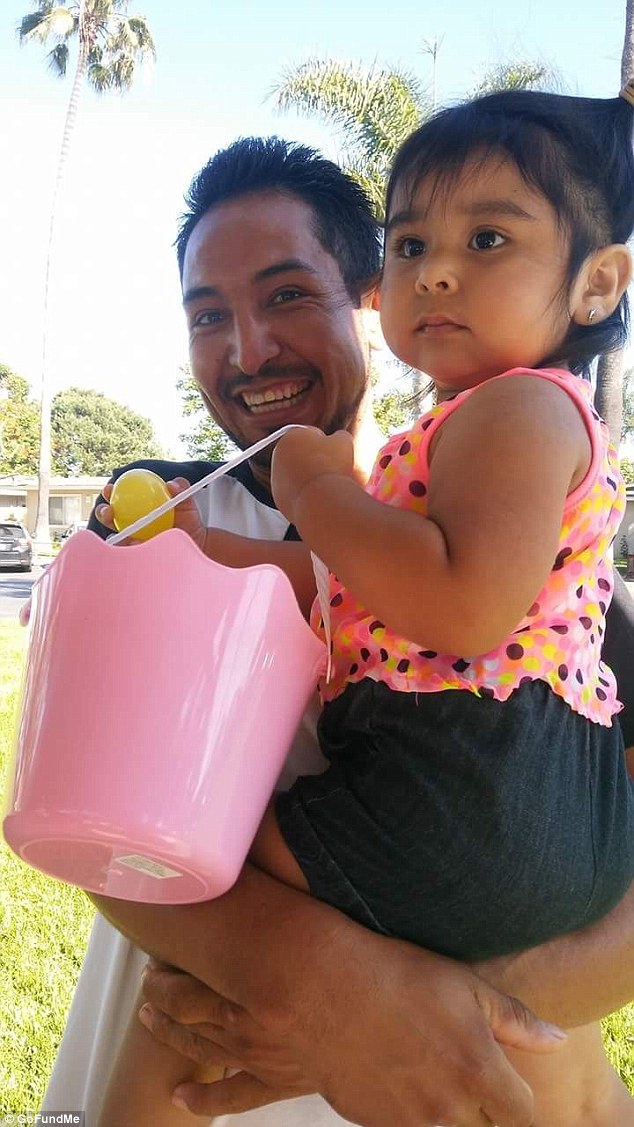 The Mexican immigrant’s case was just one of the many that the Trump administration decided to revisit in 2017 as it turned up the heat on its campaign to deport thousands of migrants whose minor law-breaking cases were deprioritized because they were not seen as threats to society during the Obama-era.

Thousands of cases were removed from dockets, giving the Department of Justice the time to then focus on cases that dealt with immigrants convicted of violent crimes.

In June 2017, according to Ibarra, Leon was stopped by local police for a traffic infraction while on his way to a gas station.

The police department then turned him over to immigration officials when they looked at his criminal history, and he was then accused of identity theft.

Instead of detaining and processing Leon for his undocumented status, immigration officers gave him a break under the condition that he wore an ankle monitor.

However, he then lost his case against deportation. DailyMail.com has reached out to the family to find out more details about the case. 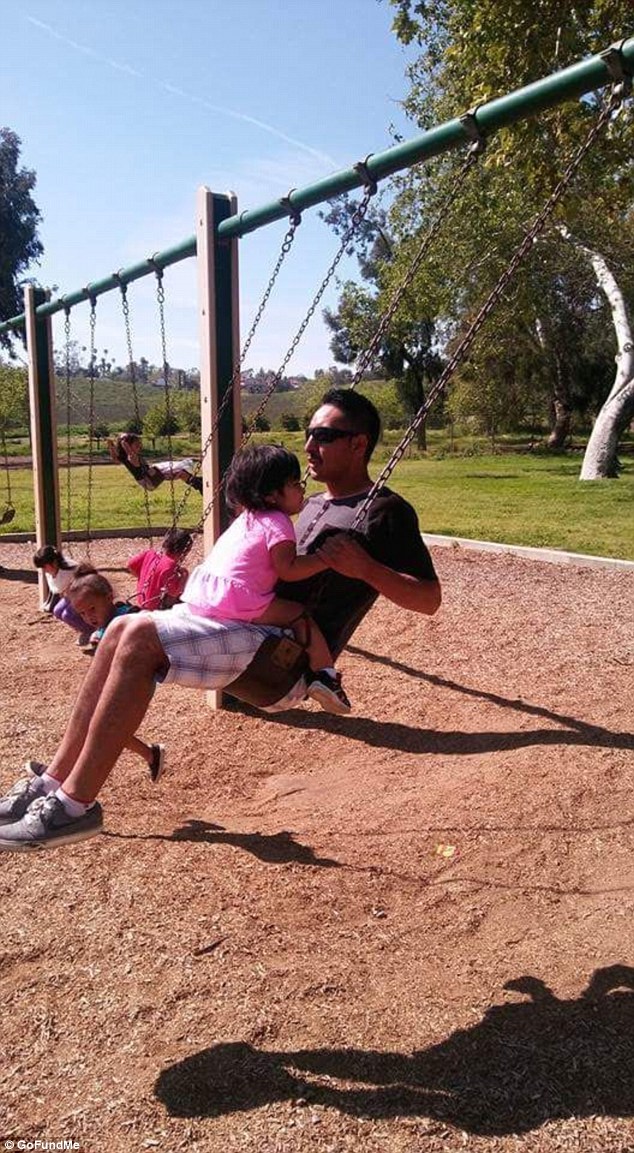 Alejandro Mejia Leon with his three-year-daughter at a park in California. His family seeks assistance to cover his funeral expenses after he committed suicide September 5 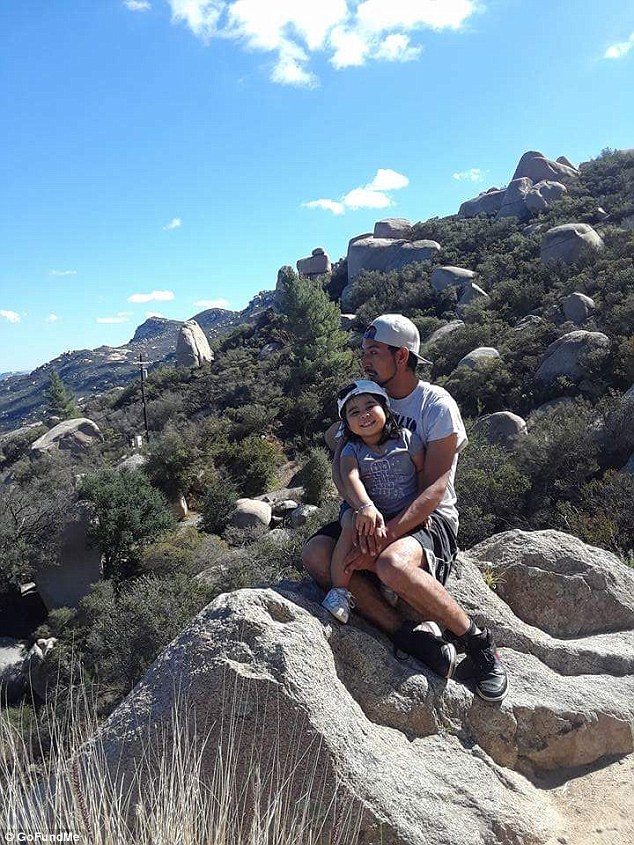 ‘For this President, he was a criminal that needed to be deported. [He] Wasn’t a criminal. He was a loving man, responsible, who was dedicated to picking fruits and bringing money to his home,’ Ibarra said.

‘His mood changed since then. I no longer saw him happy,’ Ibarra added.

‘[He]was always thinking about what it would be like to return to Queretaro. He did not want to be separated from his daughter. I never thought that this could happen.’

Leon’s private viewing was programmed for Saturday, and was to be later flown to his hometown in Mexico.

His wife is asking for help to pay for his funeral.