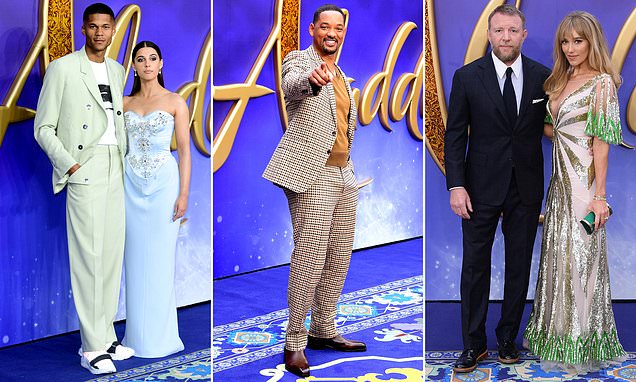 It’s the second of 2019’s live-action remakes from Disney – in a year that sees Dumbo, The Lion King and Aladdin brought to life.

And on Thursday night, Aladdin premiered in London‘s Leicester Square, with stars Will Smith, Naomi Scott and Mena Massoud all taking to the red ‘magic carpet’ for the movie’s European debut.

Massoud takes on the titular role of the poverty-stricken ‘street rat’ who happens upon a magic lamp, conjures up a genie [Smith] and wins the heart of Princess Jasmine [Scott].