A woman is fighting for life in hospital after a triple stabbing this afternoon, as London‘s bloody New Year continues.

The victim, in her 30s, was attacked along with two men at an address in Leyton, East London, at around 3.30pm.

She remains in hospital in critical condition, while the men’s injuries are not life threatening. 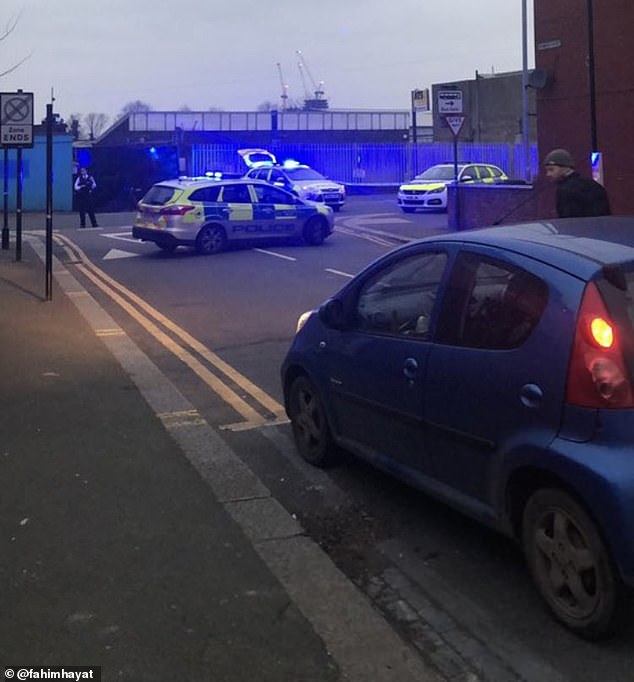 Met Police officers surround the scene in Leyton, where a woman was stabbed and two men were slashed

A spokesman for The Metropolitan Police said: ‘Police were called to Church Road, E10 at 15:37hrs on Saturday, 5 January following reports of a man injured.

‘Officers and London Ambulance Service attended and found a woman with stab injuries and two men with slash wounds.

‘They have been taken to an east London hospital for treatment. The woman aged in her thirties is in a critical condition. Both men’s injuries are not life threatening or changing.

‘No arrests have been made. A crime scene is in place. Police in Waltham Forest continue to deal. Enquiries continue.’ 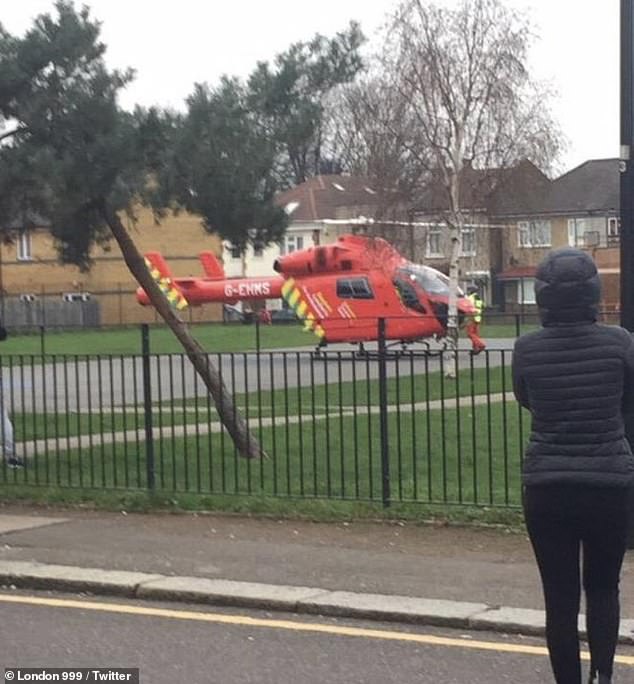 At least three police cars and an ambulance are at the scene. Worried neighbours are also crowded in the street.

One resident, Greg Dash, said: ‘Just got in to find my neighbour shook up – he just saw a family get stabbed in Leyton. Mother and father in front of their kid. Horrible. Police were there in minutes.’

The stabbing is the second in the capital today, and the third in the space of two days.

A 26-year-old man is in critical condition after suffering multiple stab wounds in Forest Gate, East London, at 2.15pm today. 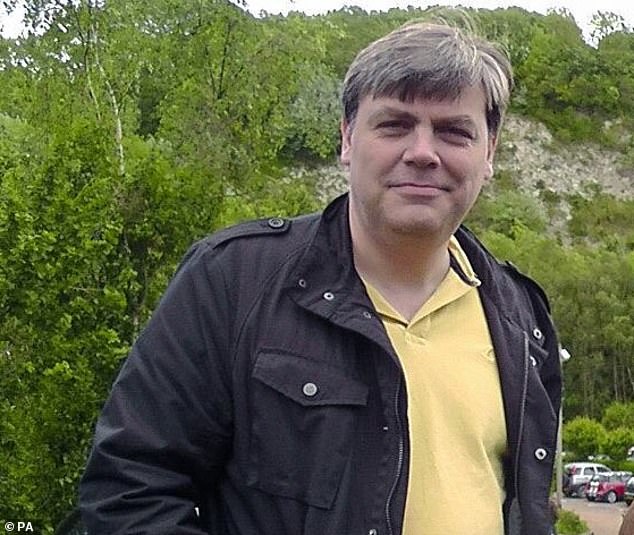 Lee Pomeroy, 51, was stabbed multiple times following an altercation on-board a Guildford to London Waterloo train at around 1pm yesterday. The married father of one, was on his way into London with his 14-year-old son for a day out when the deadly incident happened

Yesterday, a 51-year-old father was fatally stabbed in front of his son on a train to London from Guildford.

Lee Pomeroy had been heading to the capital with his 14-year-old son for a day out when the deadly incident happened. Today would’ve been his birthday.

A 35-year-old man was arrested at an address in the Farnham area on suspicion of his murder.