A university lecturer has shared her hilarious but humiliating job rejection story, inspiring thousands of others to do the same.

In an amusing Twitter thread, Dr Charlotte Lydia Riley, a history lecturer at the University of  Southampton, penned: ‘Ah, the five year anniversary of the time a university rejected me from a job with an email addressed to another applicant.

‘And when I pointed this out, they replied with “I’m sorry, I clearly typed the wrong name. However, the substance of the message, I’m afraid, does apply to you.”‘

Her post has since been liked over 8,000 times, and others quickly reached out in a bid to made her feel better by sharing their own setback stories. 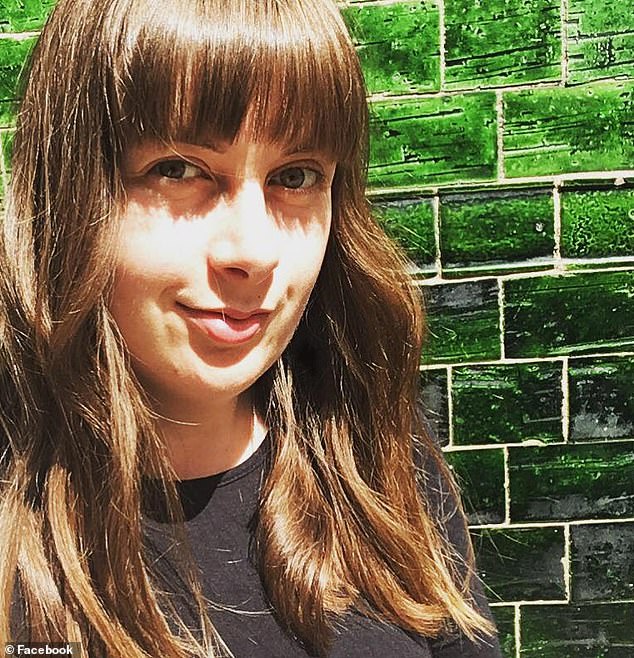 Despite facing a kick in the teeth, Charlotte has retained a sense of humour over the unfortunate mishap.

Sharing her thought on the gut-wrenching response she received over five years ago, she wrote: ‘”However, the substance of the message, I’m afraid, does apply to you” still makes me laugh out loud every time I read it. I want to add it to every email I write.’

The amusing memory was met with an uproar of support as several sympathetic social media users took to Twitter to share their own cringeworthy stories.

‘After requesting feedback from an unsuccessful interview around a month after the interview itself, the response from the head of the panel said: “I am writing to provide you with feedback, not because you asked, but because I was going to do it anyway,’ recalled one. 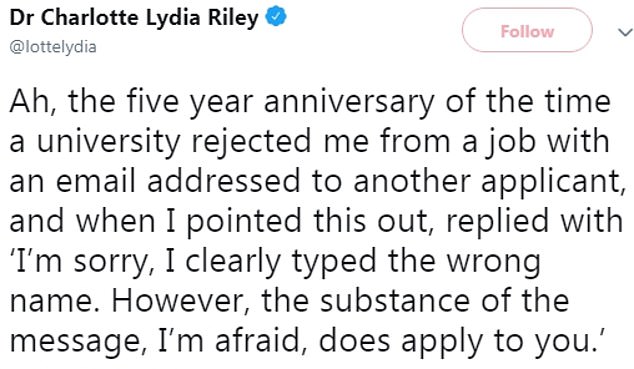 When the history lecturer shared her toe curling story of rejection she was met with an uproar of support, as others shared their own hilarious stories too

Another shared the moment he found out he hadn’t been shortlisted for a job – and as if that wasn’t bad enough, the position was in the same department he already worked in.

‘I found out I wasn’t shortlisted for a job in a department I already worked in,’ he said. ‘The director emailed the whole department to explain they were going to re-advertise because they hadn’t received any applications from “suitably qualified applicant”.’

But a third took perhaps the biggest knock of all as she explained: ‘I once got rejected from a job maintaining a Knowledgebase, which could be fair enough if I hadn’t written the whole thing!’

The rejection stories ranged from the ridiculous to the wacky, misspelling ‘professor’ and being turned down twice in one email

Another, who can’t be faulted for trying, commented: ‘I applied for two jobs at an organisation 1) entry level and 2) right above: got rejected from both in the same email for being 1) overqualified and 2) not having enough experience.’

‘Best one I remember is a rejection sent to all the non-shortlisted applicants, all listed in cc, with the subject line “Congratulations to <successful applicant>”‘ wrote one, while another said: