A brave mother-of-three with advanced breast cancer has revealed how a fateful roller coaster ride saved her life.

Valerie Carswell, 48,  from Lilydale in Melbourne‘s eastern suburbs, travelled to the Gold Coast in January 2018 with her husband and three daughters to visit the theme parks.

But during a visit to Movie World, Mrs Carswell broke her ribs after the Road Runner roller coaster came to an abrupt stop.

When she was taken to hospital, a CT scan revealed that she had advanced breast cancer. 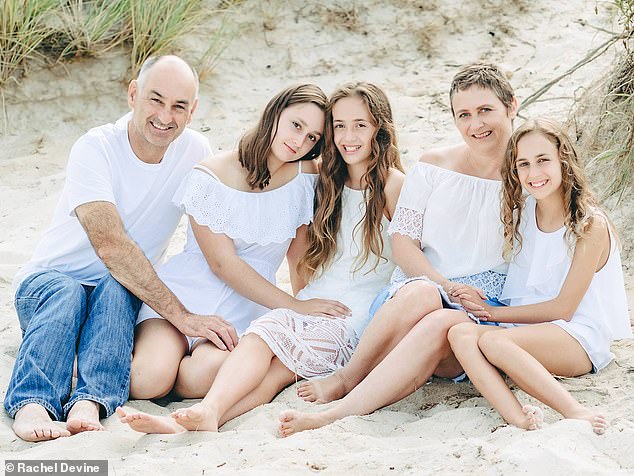 Mrs Carswell had endured extensive treatment for breast cancer in 2017 but believed she was in remission.

She and husband Peter, 53, a fireman, decided against going on a planned trip to Bali and instead took their daughters, Charlotte, 16, Amelia, 14, and Sophie, 11, to the Gold Coast for a staycation.

‘I don’t blame the theme park for what happened, it was an accident.

‘If I hadn’t had a CT scan to check my ribs I would never have known,’ she told Daily Mail Australia.

‘I vividly remember when the oncologist told me “you now have a significantly reduced life span.

‘I remember thinking, ”this was it”.’ 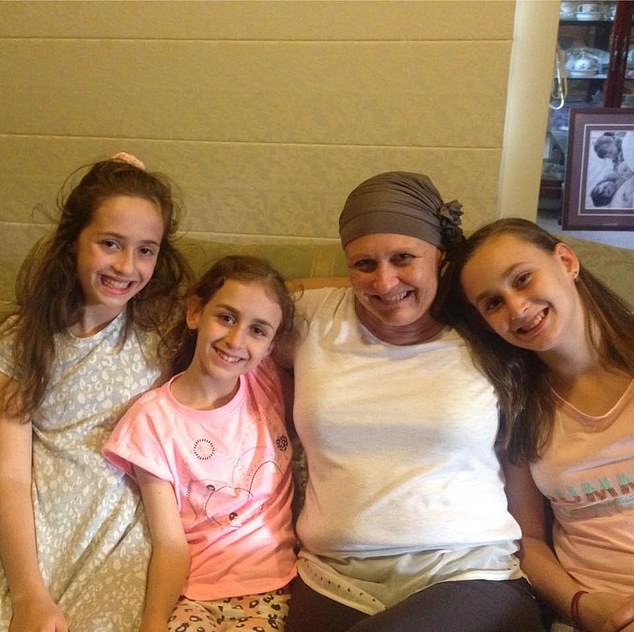 Mrs Carswell was first diagnosed with breast cancer in February 2017 after she felt a small lump.

Doctors originally thought the bump was nothing to worry about and mammograms came back clear.

But an ultrasound, taken as a secondary precaution, discovered the devastating news that she had stage 2A breast cancer that had already entered her lymph nodes.

‘It felt like a pea but it was like the Titanic’s iceberg- it was much bigger underneath,’ she said. 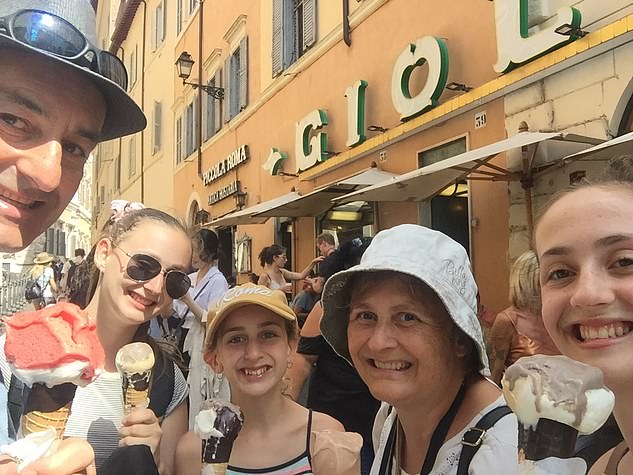 With a new appreciation of time, Mrs Carswell (second from right) and her husband Peter (far left) vowed to take more family holidays with their three daughters to make memories and enjoy life

‘What if I hadn’t have gone? It wasn’t detectable on mammograms.

‘I wouldn’t be here today,’ she said.

Doctors ordered a lumpectomy, to remove cancerous tissue beneath her breasts, and four sessions of chemotherapy followed by radiotherapy.

But in August towards the end of her 12 week course of chemotherapy, Mrs Carswell  fell gravely ill and almost died.

She spent a month in intensive care after the AC-Taxol regime- a combination of chemotherapy drugs- gave her heart failure.

‘It wasn’t the cancer that almost killed me in the end- it was the treatment.’ 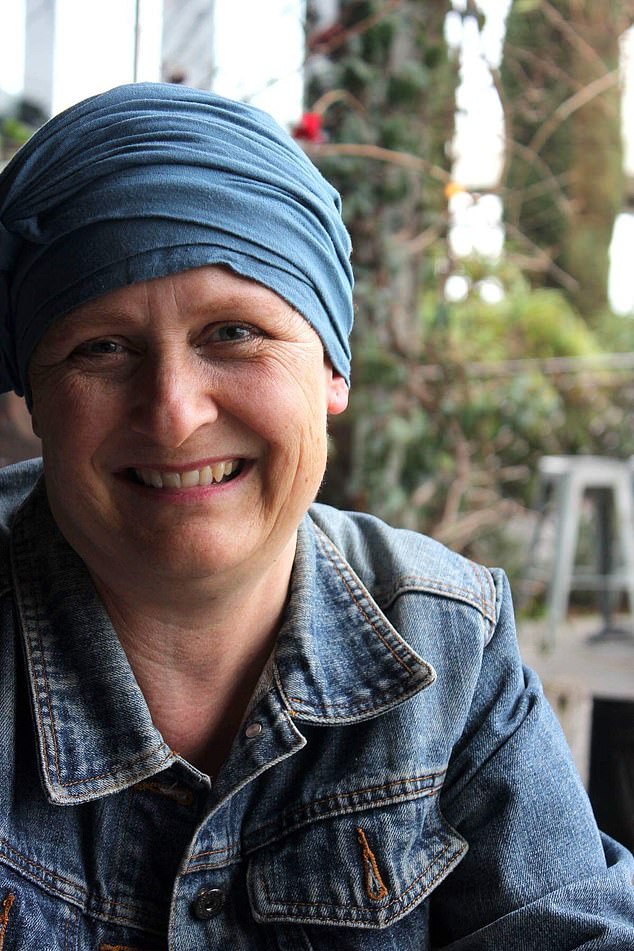 ‘It ruined my heart.’

While the effect of the medication was crippling, Mrs Carswell was in remission by November 2017.

But while on a family holiday to Gold Coast almost a year later Mrs Carswell discovered the cancer had returned after her accident on the roller coaster.

She was rushed back into hospital and her oncologist acted quickly to stop cancer spreading.

Mrs Carswell was given a new drug called Kisqali that had just entered the market.

The oral medicine can stunt the cancer’s growth and turns advanced forms of the disease into a chronic condition which patients can live with years.

Now, over a year later Mrs Carswell is speaking out to tell those with dire diagnoses to maintain hope.

‘I really felt there was no hope. I thought that pretty much once it spread that was it, you would die,’ she said.

‘I remember asking members on the breast cancer Facebook page ‘am I going to see my girls grow up?’ 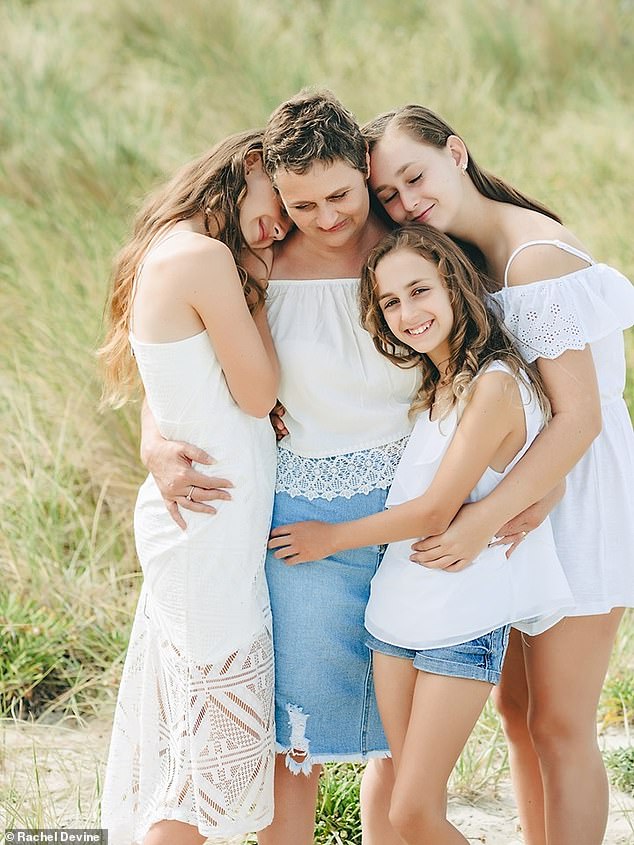 ‘No one knows when they’ll go. But I think when someone says to you, “you have cancer” it’s important to know you don’t necessarily need to give up there are all these other drugs that are coming out,’ she said.

Mrs Carswell’s Oncologist Dr Belinda Yeo, says that cases of breast cancer is increasing across all adult age groups and is the most commonly diagnosed cancer for women under 40.

‘It isn’t a coincidence that more women are getting diagnosed more frequently,’ she said.

‘I have no risk factors- I breast fed my children, I don’t have any family history.

‘Why isn’t that message getting out there?’