Sunday night’s edition of The X Factor saw viewers praying that the sound issues the show experienced during Danny Tetley and Anthony Russell’s performances on Saturday would, in fact, return.

Fans of the show were left irritated that the technical glitch the previous episode experienced meant they had to sit through every single song again, not just the acts affected by the problems.

And viewers claimed Danny and Anthony sounded no better, after being compared the evening before to ‘robots’ and the Daleks from Doctor Who. 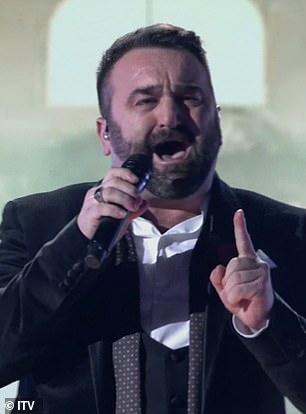 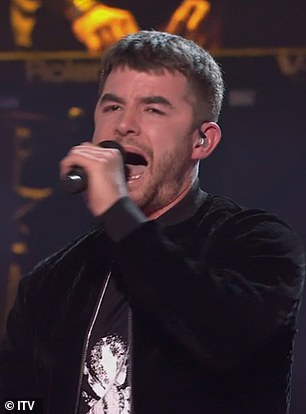 White noise: Sunday night’s edition of The X Factor saw viewers praying that the sound issues the show experienced during Danny Tetley and Anthony Russell’s performances on Saturday would, in fact, return

The two acts – Danny part of the Overs and Anthony one of the Boys – had their songs mired by sound issues, causing ITV to halt the voting altogether, temporarily.

As a way of rectifying this, ITV chose to air every performance from the night before in full on Sunday night’s results show, meaning fans had to sit through, essentially, a repeat episode.

And viewers weren’t happy about this.

Flocking to Twitter in their droves, viewers posted remarks such as, ‘Kinda ridiculous I have to watch the whole thing again, would be fine with just Danny and Anthony’s [sic],’ and, ‘Don’t see why they are showing all of the acts again when it was only two of the acts what it f**ked up on cause the sound went weird [sic]’.

Someone else posted: ‘Have I missed something?! Why do I feel like I’m watching Saturday nights episode over again? What is going on? [sic]’

‘Surely we can just see Danny and Antony’s performance? We don’t need to sit through the others. I obviously wasted 2 hours of my life last night since I could have just watched tonight’s show [sic],’ another irritated viewer typed.