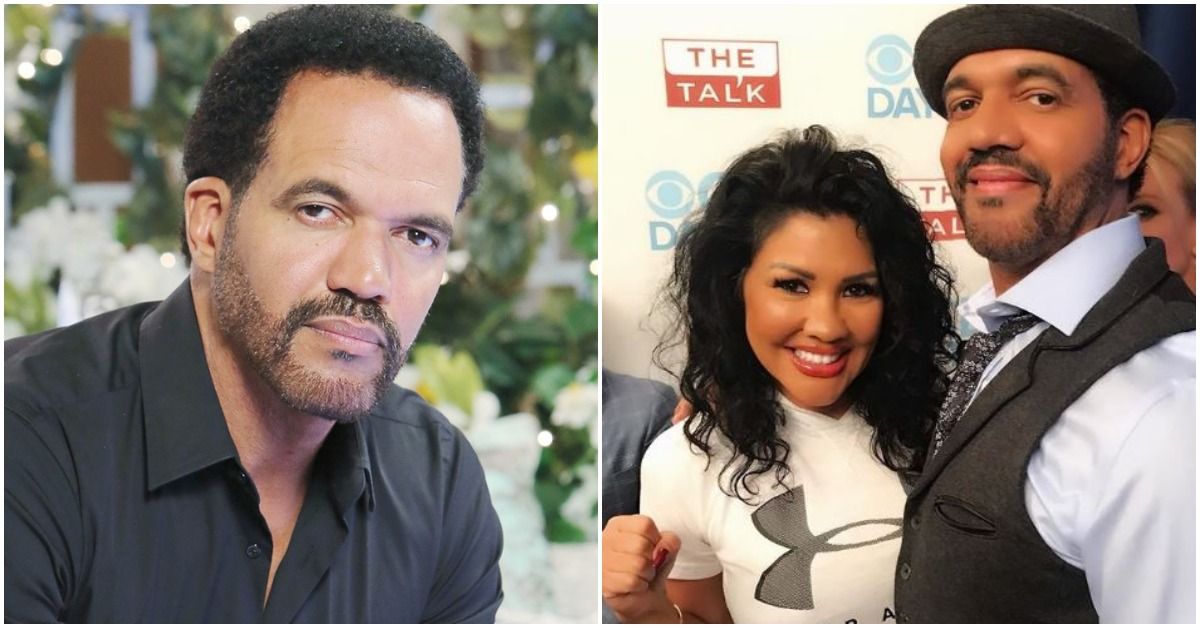 More than a month after losing longtime The Young & the Restless star Kristoff St. John, the pain is still fresh for many of his devoted fans.

But few people were as upset by St. John’s passing as his ex-wife, Mia, 51, who says news of his death hit her “like a ton of bricks.”

The professional boxer and model is speaking out about his untimely death, revealing that it derailed her 30 years of sobriety and sent her to a psychiatric facility.

“My family had to hospitalize me on 5150, which is when you’re placed against your will,” Mia told Fox News.

While Mia was only married to St. John between 1991 and 1995, they remained close throughout the years and shared two children.

St. John was found dead at his home in San Fernando Valley, California last month by a friend. He was 52. His cause of death is still undetermined.

It was the second tragedy for the family after St. John and Mia’s son, Julian, took his own life in 2014 after battling mental illness and addiction.

Mia said that losing the father of her son years after Julian’s death left her “hysterical” with grief.

“I was to the point where [my family] felt I was at risk of dying myself or taking my life. I wouldn’t have and I wasn’t but I can understand their fear,” she explained.

“They took precaution, which is what you’re supposed to do. And I encourage people to do that. Never take a chance. If you think someone is suicidal, do something.”

Grief over losing his son has also been mentioned as one of the possible causes of St. John’s death, as his co-star Eric Braeden told People the actor “succumbed” to his depression.

“At first I thought I was the one who took it the worst,” Mia said. But she thinks Kristoff “couldn’t show his emotions as I could.”

Instead, she says her ex-husband “suffered silently” through his “tragic” final days, relying on alcohol to cope with his guilt over Julian’s death.

Mia also feels St. John’s concerns about how his depression would be seen in the press kept him from seeking the help he needed, especially after he was put on an involuntarily psychiatric hold in 2017.

“They let him out too soon,” she said, claiming that St. John was allowed to leave the 14-day hold after just four days in treatment.

“He was suicidal and depressed when police came. He had a gun to his head. Then it was all over the media. He felt so embarrassed and ashamed of himself, which was heartbreaking. This was his call for help.”

Today and every day we remember an unforgettable member of the #YR family. From his time in Genoa City to the moments behind-the-scenes on set, Kristoff St. John will always be in our hearts. ❤️ Please join us in sending love to the incredible man behind Neil Winters. pic.twitter.com/9QrLzhCQPs

In a recent interview with Extra, Mia also shared details of her haunting final phone call with St. John, when she says he hallucinated seeing Julian again.

“Even though we talked every day, this call was a very different call,” she remembered. “He kept saying he wanted to die, but he said in a different way this time that really struck me. He tells me to hang on one second, that Julian’s at the door, and I just started screaming, ‘No!'”

In a separate interview with People, Mia said that St. John told her, “It’s okay, it’s okay, we’re just going for a walk.”

“Looking back,” she said, “at the timeline of when he passed and when the paramedics got there, I believe he was already dying while we were on the phone.”

“When he told me that Julian came to the door and I knew that my son came and took him home,” she told ET about the call. “And that was my only comfort.”

Reflecting on their time together, Mia only has praise for her ex-husband, calling him “an amazing father.” And she wants St. John’s fans to take his story as a tragic example for their own lives.

“We all suffer from something at one point,” she said. “I just want people to talk about it. And if I couldn’t talk about my own problems, then how can I expect anyone else to?”

Kristoff is also survived by his daughter Paris, and his fiance Kseniya Mikhaleva.

If you or someone you know is struggling with suicidal thoughts, you can receive free, confidential help 24 hours a day by calling the National Suicide Prevention Lifeline at 1-800-273-8255.

We’re still thinking of Kristoff’ family, and wishing them all the best.

Why I love prince William, the elder son of Lady Diana married Kate Middleton ?
Justin Bieber and Hailey Baldwin are they soul mates ? The singer is convinced of !
Watch: Adorable Grandparents Got "Engaged" Again After 63 Years Of Love
Grey's Anatomy Star Opens Up About Daughter's Down Syndrome
Jenny McCarthy Slams Her 'View' Co-Hosts In New Book
Prince William real rascal, with his mother, Lady Diana, an adorable video of his childhood resurfac...
Dog And Beth Chapman Say Screw Cancer - We're Having A Date Night
Princess Charlotte and prince George complicit with Carole Middleton, check out a story adorable